When you're feeling ill, your whole world seems to slow down as you can't accomplish as much with each day as you hoped you could. Thankfully, many natural Ayurvedic herbal remedies can get you back to fully functionating quickly. We list here the 5 best Ayurvedic remedies for colds and coughing. 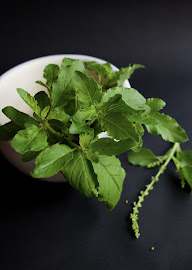 Tulsi, also known as holy basil, is related to its cooking counterpart. Tulsi leaves are pale green in appearance and somewhat fuzzy in texture. Tulsi has a long history of being used as traditional medicine in China and India.

Tulsi increases antibody production to protect against the onset of infection. Tulsi also can help soothe the airways by acting as an expectorant for congested mucus.

How to Use Tulsi

Tulsi is a main ingredient in some over-the-counter herbal remedies. The Tulsi leaves can be chewed in the morning to help boost immunity. Tulsi can also be mixed into home remedy called a kadha or into hot tea.

3. Add 1 teaspoon of grated ginger and a few peppercorns.

4. Boil the mixture for 10 minutes

5. Add a pinch of black salt and squeeze in the juice from half a lemon. 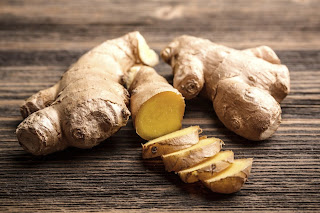 Ginger has been used in traditional medicine for thousands of years and is a well-known Ayurvedic remedy for cold and cough. It is equally affective as fresh ginger or in powdered ginger form especially when taken with honey. Ginger also can soothe a sore throat due to its anti-inflammatory properties.

How to Use Ginger

Ginger can be made into tea for an affective cough and cold remedy. It can also be taken directly in a grated form with some honey.

1. Add slices of ginger along with tea into boiling water.

2. Allow to simmer for several minutes before straining.

3. Pour into a cup and top with honey. 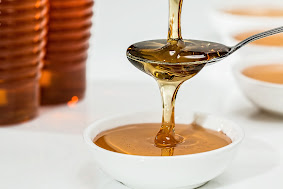 Honey has many antimicrobial properties which makes it ideal for easing a sore throat and can act as an effective cough suppressant. Honey relieves chest congestion by loosening thick mucus thus allowing the user to reduce their wet cough.

How to Use Honey

Honey can be taken directly by a teaspoonful at bedtime to reduce the intensity of nighttime coughing. Continue use until the benefit has diminished.

Take 1 teaspoon honey and add to 1 teaspoon of ginger juice. Add 1 pinch of black pepper and take twice a day. 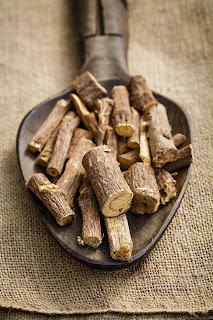 Mulethi, also known as, licorice root is a perennial herb that has reported properties as an expectorant in traditional medicine. It can help clear excess mucus from the upper and lower airways. Due to its elevated sugar content, ingesting too much can cause fluid retention and hypertension (high blood pressure).

How to Use Mulethi

Mulethi powder can simply be added to warm water and taken directly twice a day. It can also be mixed into tea or kadha.

1. Take a small piece of Mulethi root and add to boiling water.

2. Add grated ginger and let simmer for about 5 minutes.

1. Take 1/4 teaspoon of Mulethi powder with a punch of cinnamon powder, black pepper powder, and a few Tulsi leaves.

3. Transfer to cup and add 1 teaspoon of honey. 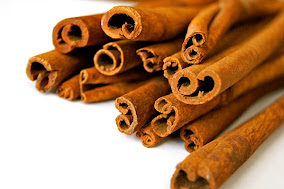 Cinnamon has many health benefits, cold and cough relief are among them. It's also very affective against a sore throat due to it's anti-inflammatory properties. Cinnamon is known to have antiviral effects which helps fight against viruses known to cause the common cold.

How to Use Cinnamon

Cinnamon can be taken directly with a bit of honey or mixed into a tea.

Take 1 teaspoon of honey with 1/4 teaspoon of cinnamon powder twice a day for at least 3 days.

1. Make a cup of black tea as you prefer it.

2. Add a pinch of cinnamon powder.